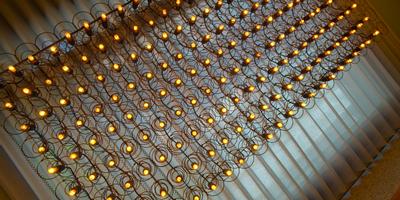 Here for you 3 reasons to book directly with us!

The Basilica is the most splendid of the city's churches and the custodian of incredible works of art together with the tomb of the Saint. &quot;Il Santo&quot;, that is, the Basilica of St. Anthony of Padua begun in 1232 and it is the destination of millions of visitors and pilgrimages each year from all over the world. The frescoes in the Cappella degli Scrovegni are among the most celebrated works in the history of Italian and European art. They are considered the most complete cycle of frescoes realized by Giotto in his later years during the XIII century.

The oldest University Botanical Gardens in the world. The Republic of Venice set them up in 1545 for the cultivation of medicinal plants. Today the gardens continue to serve their original purpose as a source of scientific research. In 1997 the Botanical Gardens entered the Unesco World Heritage list. The Pedrocchi Café is one of the biggest cafés in the world. It's a magnificent 19th century building in the centre of Padova, Italy. Its rooms are decorated in various styles and show the great ecleptism of Giuseppe Jappelli, the famous architect who made the project of the buiding.

Our Hotel has 2 meeting rooms that you can used for your business meeting.
See more

At the Hotel Milano in Padua you want miss doing your usual exercise and work out with state-of-the-art Technogym equipment.
See more

What our guests say

"We arrived late (two women and 3 children) and a long journey with many bags, nobody came to assist us bringing them into the hotel or up to our..."

"The stay was very pleasant. I highly recommend it for travelers to Padova. The breakfast was very nice and the room was neat and clean."

"I stayed three days during a job trip in Padova. I was very satisfied. The hotel is very good located in the center. Breakfast is fine. The room was..."

"Very convenient location for travellers with a car, close to the city center. Nice people on reception, good service, quite a good breakfast."

Here for you 3 reasons to book directly with us!